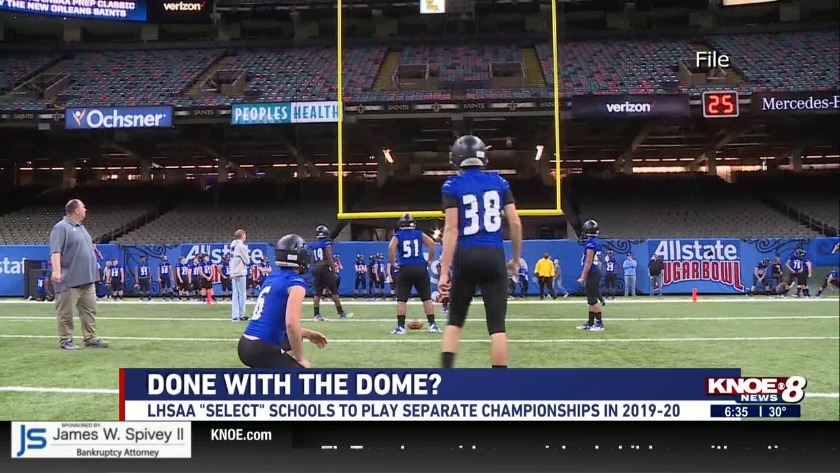 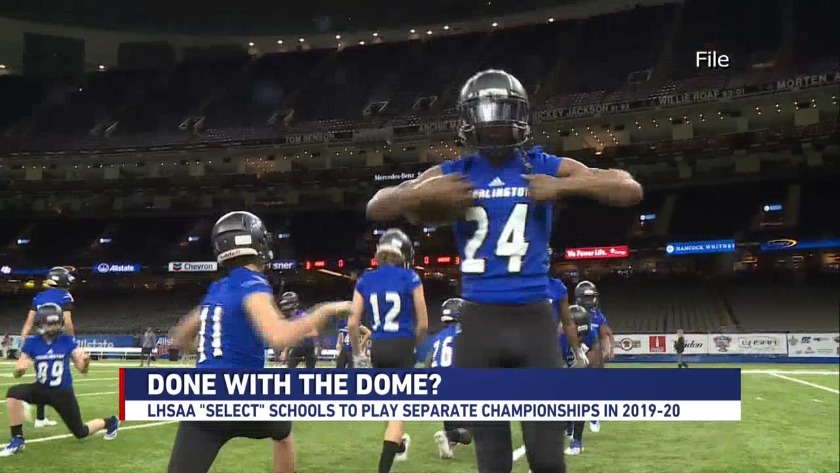 The head football coach at Ouachita Christian, Steven Fitzhugh, says football is really feeling the effects. That’s because the rule means private schools won’t have a chance to play in the Mercedes-Benz Superdome.

With the new rule, the higher seed will have the choice of where the semi-final and championship games are played. They could be home games or at neutral sites like local colleges.

Coach Fitzhugh says there's not a better place to play in the state than the dome, and it’s part of the championship experience.

"There’s something exciting about playing a state championship game at the best venue around,” he says. “It adds some excitement to dress in a better locker room and play in a bigger stadium that's nicer than what you have."

He says it's always the goal to play on the same field as the New Orleans Saints, so he says he's already looking for a loophole. He says if his team is playing in the state championship, he wants his team to play in the dome the same weekend that public schools will be there when it’s reserved.

"I’m an optimist so I’m going to keep trying to look for every scenario possible to make it a reality,” Coach Fitzhugh explains. “I emailed the LHSAA today and said ‘Hey I just want to go on the record to say if you already have it reserved we would love to come play an early game on that Friday."

The new rule will go into effect next school year.

Video: The Importance of an Emergency Fund

Video: The Importance of an Emergency Fund