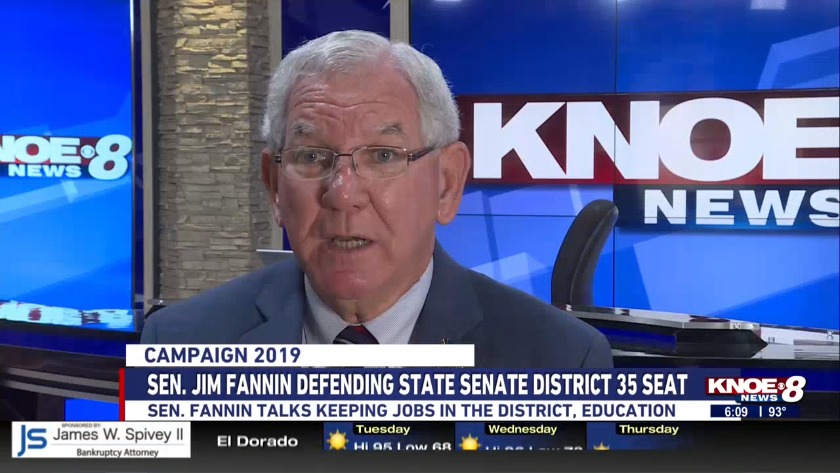 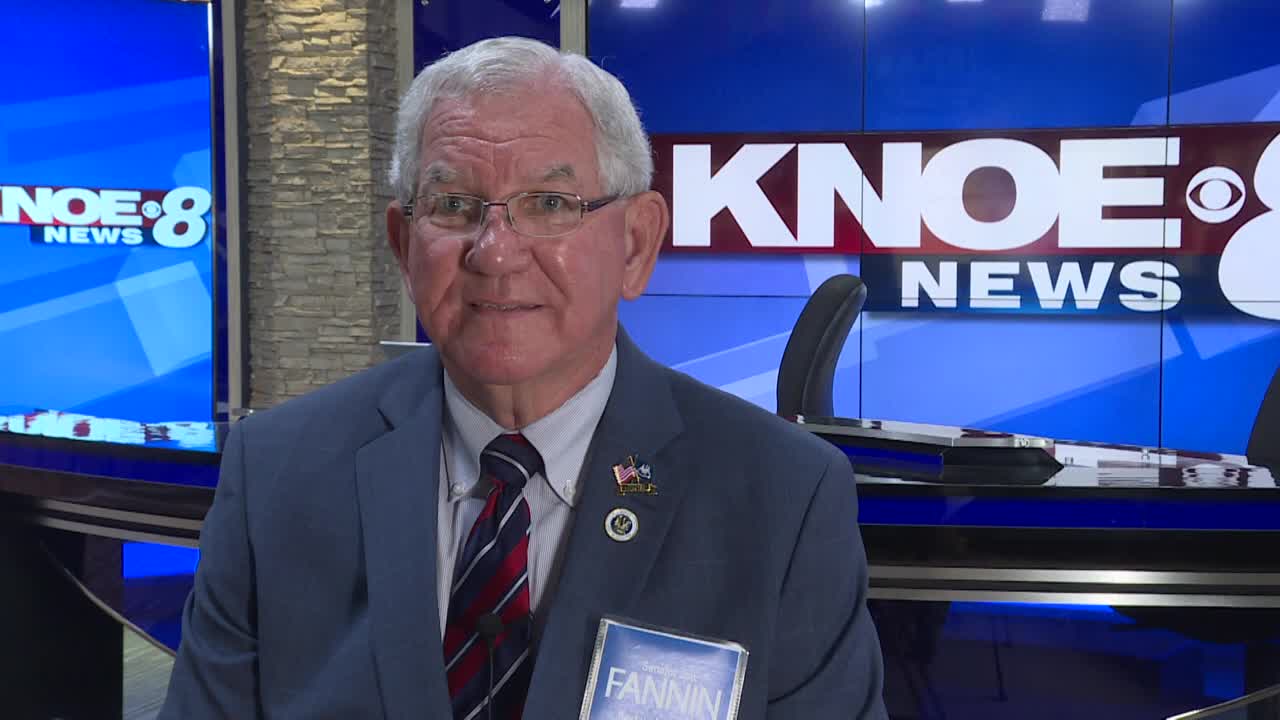 MONROE, La. (KNOE) - State Senator Jim Fannin said he thinks his political experience and voting record make him ready to be re-elected to the State Senate for District 35.

State Senator Jim Fannin said he thinks his political experience and voting record make him ready to be re-elected to the state senate for District 35. Source: (KNOE)

Sen. Fannin said his job-friendly voting record has gotten him the endorsement of several business groups. He cited his work getting CenturyLink to keep their headquarters in the area as an example.

"It was a great thing for Monroe. It means jobs. It means business for our areas," he said.

"We need to change our policy in state to reflect what our business and industry say is best, and we have models in Texas that show us that," said Sen. Fannin.

The Senator said one step to bolstering business is having an educated workforce. Sen. Fannin said he wants to see more funding come to education.

"It could be night classes that allows people who are working today to further their education so they can get higher-paying jobs," he said.

He also called for more funding for vocational schools.

Sen. Fannin said he doesn't think he was able to properly address the state's high insurance rates during his first term. He said he had bills ready, but he was not able to get them passed.

"That one I think we failed on, but we will continue to try and work toward that. I think we will be successful next session, but it's one of the important things I think we need to do for our citizens," he said.

"I'll continue to develop relationships with new legislators whereby we can work together in order to bring things to North Louisiana," he said.

Gourd Bayou Road is underwater and residents are speaking out

Gourd Bayou Road is underwater and residents are speaking out